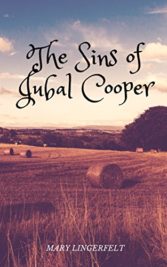 At eight years of age, Will Henry lives during the depression era with his family in a sharecropper’s home located on the outskirts of a small Georgia town. Even the town’s children gossip. But a childhood prank soon shows Will the truth about the goings-on in this southern state. 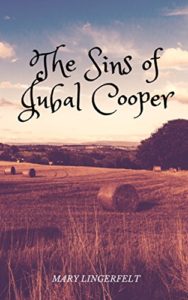 Mary Lingerfelt, the author of several inspirational and Christain-based stories, brings the South during the Great Depression to life in The Sins of Jubal Cooper.  Readers will delve into the life of an eight-year-old so cold he and the other boys rock hobos for coal. This book draws you in from the start and keeps your attention until the end.

About The Sins of Jubal Cooper:

Eight-year-old Will Henry lives in a rickety sharecropper’s shack with his family, and when it gets cold, he and the boys take matters into their own hands by rocking hobos on the train. Hobos don’t like bein’ rocked and retaliate by throwing coal—enough to keep a house warm for a week. This time, however, not everything goes as planned, and Will ends up sentenced to work off his debt to society at Judge Jubal Cooper’s house, The Hill.

This coming of age story deals with the Ku Klux Klan and how the hardships of growing up during the Great Depression affected children.

Though a work of fiction, this story shows what life in the South during the Great Depression resembled. Lingerfelt captures the voice of an eight-year-old boy perfectly. Readers will enjoy the Southern dialect and speech patterns hidden within each sentence. Unlike some books, it isn’t overdone; it is done well.

The first chapter immediately caught my attention, making reading two books at a time more difficult. I couldn’t put The Sins of Jubal Cooper down! This book deals with hard subjects but does so in a way that is appropriate for most readers. When Will finds himself having to make a difficult decision, some violence occurs, but the author handles the situation with a touch that allows the reader to immerse themselves into the story without experiencing graphic descriptions.

An exceptionally clean read, I recommend this book for middle-school ages on up. The Sins of Jubal Cooper is a story appropriate as supplemental material for educational purposes.

The Sins of Jubal Cooper is available as an ebook for $.99 on Amazon and is part of the Kindle Unlimited program.