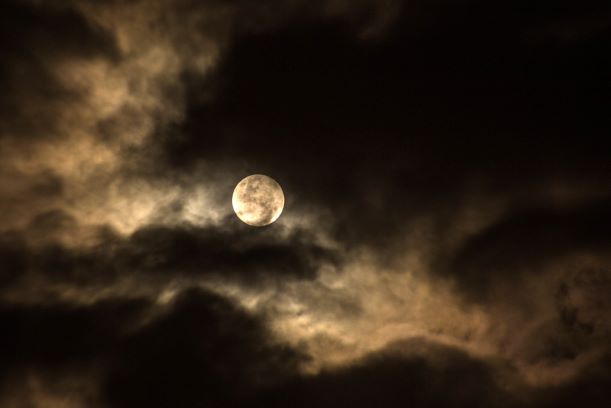 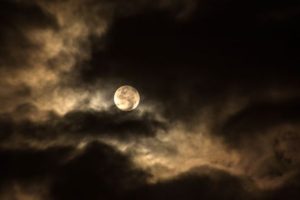 “Wake up!” Karen rocked back and forth as she tried to wake up her new husband.

A cool breeze blew through the drafty cabin they’d rented for their honeymoon, and she screamed as the celebratory note from the owner fluttered to the floor.

“Karen?” Daniel reached out and rubbed her back.

She flung her body against his, tears spreading across his shoulder and toward his neck. “Nightmare.”

“You’re crying over a nightmare?”

She nodded. “I don’t know why I can’t get over it.” The tears had started several minutes before she amassed enough courage to wake him. The first night with Dan—he’d think she was crazy. “Can you check the cabin?”

Daniel sat up slowly. “Isn’t that how people die?”

He caught her hand as she swatted at him and tugged her against his chest. The fleeting comfort disappeared as quickly as it had come. “It was just a nightmare, but I need to see nothing’s there.”

“Now you want to come with me? You do have a death wish.”

He stood from the bed and helped her up, ensconcing her from behind. “I’d never make fun of you.”

The bedroom door squeaked open with his grasp, and Karen’s shallow breathing rattled in her lungs. Most brides dreamed of their new husbands, didn’t they? Not her, she dreamed of a man with an ax circling their cabin. No surreal feeling accompanied the scenes in her mind. Was that why she couldn’t forget, why she’d woken Dan in the middle of the night, soaked his shoulder in tears, and made him traipse around the cold two-room cabin?

Daniel stared through the windows, examining the front and back yards before turning the lights on one by one. “Kar, I don’t see anyone. Can we go back to bed?”

Nodding, she climbed between the sheets and cuddled against his shoulder. Draping his arm around her, he combed his fingers through her long, blonde hair. “You okay?”

She shrugged as a raspy breath caught in her throat. “Just hold me.”

Though Daniel fell asleep quickly, Karen lay awake, staring at the moon until clouds covered the sky. Her body wrapped around his, pushing closer with each muffled crack and scratching sound she heard. Maybe she should have suggested Hawaii instead of a cabin in the mountains. But a glimpse of fall promised to awaken her senses after a hot summer in the desert—in theory.

A prickling sensation poked at Karen’s bladder. Sleep eluded her, what did discomfort matter? The prickling intensified. Maybe discomfort mattered. She glanced at her husband, waking Derek meant admitting she was human. Besides, peeing with the door open wasn’t a honeymoon experience she wanted to remember.

Slipping from under the covers, she lunged for the door and waddled toward the bathroom. The light flickered once and then refused to shine. Bound and determined to stay out of the loony-bin, she charged the toilet. As relief flooded through her, she glanced at the mirror hanging above the sink. Two yellow orbs glinted in its reflection. But…she glanced the opposite direction and screamed.

Karen dashed from the bathroom and jumped on the bed, shaking Daniel. “Wake up, wake up! Something’s out there, Dan.”

Daniel groaned and pulled Karen toward him. “No. We checked.”

“I saw its eyes, yellow ones, in the bathroom.” Warmth spread from her neck into her cheeks. Now he knew she was human.

Footsteps echoed through the cabin, and Karen stepped to the bedroom doorway, watching as Derek crept outside. A crackle of fallen leaves rustled, startling Karen, but then she recognized Daniel’s footfalls.

The door opened, and Karen ran into Daniel’s arms. “What was it?”

“Probably a cat.” He traced the side of her face, pushing a strand of hair behind her ear. “Have you slept at all?”

“How can I? I dream of ax-murderers and see glowing eyes when I…” She didn’t want to admit her human characteristics, even if Daniel knew about them.

“I promise, nothing’s there. Even if there was, I’d take care of you.” He hugged her and led her back to bed. “Try to sleep, okay?”

She nodded and curled her body next to his again.

The sun shined into the room and Karen startled awake, a light knock struck the cabin’s door. She followed a second or two behind Daniel, wondering at the disturbance. A police officer stood on the porch.

“Is everything okay here?” The officer asked.

“Do either of you recognize this?” The officer jutted his chin toward the wall of the house.

Together, Daniel and Karen poked their heads through the doorway. An ax leaned against the wall of the cabin. Shallow breaths racked Karen’s body as tears formed in her eyes, and she fell back into the cabin, shaking her head.

“No,” Daniel said, his voice soft.

“My wife had a nightmare.” Daniel shrugged.

The officer leaned inside the house. “Did you see or hear anything other than your nightmare, ma’am?”

“I s-saw yellow eyes in the b-bathroom window. Daniel checked outside.”

“There was nothing there, sir.” Daniel swallowed deeply. “I wondered if it was a cat.”

The officer removed his hat. “I don’t know how you avoided him, but you’re one lucky couple.”
Karen stared at the man. “What?”

“The previous owner of this cabin stopped renting to newlyweds. You are newlyweds, right?”

“Yes,” they both answered.

“She stopped renting to newlyweds during the month of October after someone murdered three different couples. One a year,” he glanced at the weapon outside, “with an ax. Once she stopped, the killings did, too. Her son took ownership a couple of months ago. Apparently, he didn’t know about the murders. I knocked when I saw the ax…gave me the shivers. You sure you don‘t know anything?”

Daniel stared at the ax, his brow raised in thought. “Not at all, but I think we’ll leave early.”

Karen rushed to Daniel as the door closed.

He gathered her in his arms. “Let’s go pack.”

“Why didn’t you tell me?” The softness of his shirt muffled the question.

“He scared you enough.”

She glanced up and rubbed her finger across his lips.

“Careful, I bite.” A gleam raced across his eyes as he smiled, pulling her closer.

“I remember,” she said, pressing her lips against his.