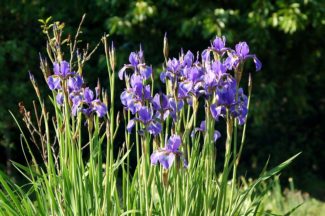 Drew took another step on the path. With the spring snow melted, the trail remained soft, and the usual dusty puffs that dirtied her socks were absent. At the sound of heavy, flapping wings, her gaze lifted to the sky, and she shaded her eyes with her hand in time to see a large hawk soar upward and out of the pine and aspen canopy.

How do you know it’s a hawk, not a golden eagle? White underside, smaller size, dark beak. The question entered her mind, the answer quickly following.

Where was he now?

The stream edged up to the trail, gurgling beside her. The heavy pack slid off her back with a thud, and she dipped the straw filter into the running water, drinking deeply. Though the straw filtered the dangerous bacteria and parasites, it didn’t change the flavor, and she’d drunk from much more loathsome sources. This natural spring and snowmelt-fed stream always tasted as if it were the source of heaven itself. Cold and delicious. Refreshing.

Rising to her feet, she swung the loaded pack to her back and continued. Three days she’d been alone in the forest. Plenty of food, a fishing pole, the entire stream at her beckoned call. Her sleeping bag kept her warm, and the modest tent kept the dew from coating her hair and bedding. The concern wasn’t for herself.

Lavender-hued flowers dotted the small meadow on her left. Wild irises.
She’d spent a day photographing similar perennials once. He’d stopped the car at her behest and waited near the edge of a lake while she photographed blossom after blossom. Fine golden dots had accented the bright yellow center of each petal, just as they did now. It was then that he’d pointed at different long stems growing in the shallows of the water and explained their use.

Cattails, almost completely editable. Root, pollen, tender new leaves up to two feet. Watch for look-alikes. They will not have the brown pollen stems.

No cattails lived on this mountain. However, patches of watercress floated in the stream, and some fir and spruce trees touted new growth.

She had to find him.

His days had been so good recently that when he’d suggested a back-packing trip, she’d agreed. Two miles in, they’d discovered the missing frying pan. It had been her job to slide it into the pack after the previous night at the campground. Still, four miles of flat travel wasn’t that difficult for him. He’d spent his entire life traversing the wild. She hadn’t even flinched when he said he’d go back for it.

That day, the afternoon sun promised to shine for several more hours, and she continued forward, wanting to get camp set up early in hopes of cooking their dinner before dark. Using a backpacking stove with nothing more than a flashlight for dinner was not her idea of fun.

They’d camped on the mountain for decades, and neither worried about the other. Not usually. But when he still hadn’t shown up an hour after dark, she doused the fire and grabbed her flashlight. Worry had creased her brow as she considered the possibilities. How could she have forgotten the pan? With a wandering beam of light focused on the trail, she’d headed toward the parking lot, praying he hadn’t fallen and gotten hurt. Or worse.

Her legs ached from the fast-paced hike to the locked SUV, but she’d forced herself to keep going. Peering through the back window with the flashlight, she’d checked for the frying pan. Gone. She hadn’t passed him.

Head hung low that night, she dragged herself back to camp. Had it been day, she would have followed the stream back. He wouldn’t leave the water. But the flashlight didn’t give off enough light for night travel along the willow and tree-infested bank.

With no sign of him the following morning, Drew climbed from the sleeping bag and started up the mountain. What other choice was there? Five miles to the summit. Without the pack on her back, she’d reached the switchbacks quickly. The steeper incline had slowed her down, but not much. Scanning the forest yielded no results.

Tears pooled in her eyes then, but she’d refused to let them fall.

No reason to cry when things get hard. Just keep moving along. Everything will work out in the end.

Dusk had set in by the time she’d returned to camp. Ten miles with nothing to show. She’d dipped her straw into the stream, then pulled out a granola bar and wondered if she should save it for him. With the uneaten treat placed back in her pack, she’d gone to bed.

Now, she took another step and headed toward the parking lot, again. It was her best chance to find someone, anyone, to help her. No one had crossed her trail in three days. It was a first. The well-traveled trail usually brought a few hellos her direction. Not this time.

Something darted across the trail in the distance, and she stopped. As she squinted, a group of people came into focus. Her hands flew into the air, and she ran toward them, yelling for help. Within seconds, they were running too.

“My husband,” she panted as she looked at the young people standing in front of her. “I can’t find him. Please, I need your help. He has memory problems.”

“Yup. Do you remember me? Let me take that bag for you.”

The young man, Jackson, took the pack from her. It looked smaller. As he opened it, watercress and young pine needles bulged from the top.

His arm slid around her shoulders. “Mom, Dad died three years ago. Don’t you remember?”

“We brought you to your favorite mountain for a picnic, and you wandered off.”

“Yeah. Come on back; the kids are waiting to hear more about your adventures with Dad.”

“Well, he’s probably hungry, but I found some watercress.”