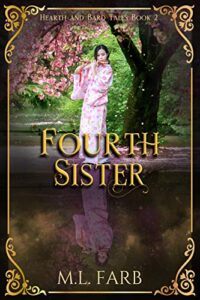 Shisei and death go hand in hand. Mother knew it when she named her. But Shisei can’t let anyone else she loves die in Fourth Sister by M.L. Farb. 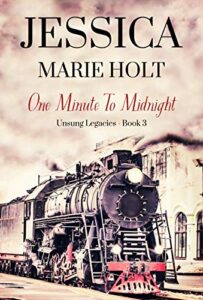 Louis Finley wants to get married, but first, he must overcome his family’s unseemly reputation in town. Can he? Read One Minute to Midnight to find out. 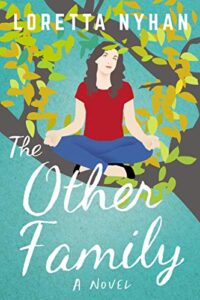 Ally Anderson’s daughter needs her help, especially after a peanut scare at school. But is Ally ready for all that comes her way when the doctor requests genetic testing? 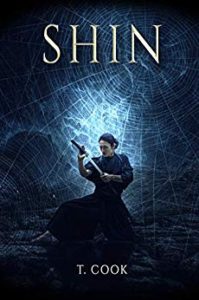 What do you do when for your entire life your shapeshifting mother prepares for your ultimate mission, your death? That’s Shin’s purpose in life, to die, and most of it he’s spent hating the person intended to kill him—until they fall in love.

T. Cook, author of Spinning Silk, has now added to the wondrous story of Furi and Shin. While Spinning Silk follows the life of Furi, Cook’s newest book, tells the story of the shapeshifting mortal who steals Furi’s heart and love, Shin. Shin, a story filled with the mysterious, is a fantasy loosely based on the Japanese Spirit Spider and Tanabata folklore.  Fans of the Warp, Weft, and Weapon series will happily lose themselves in its pages.

My Thoughts on Shin:

Who doesn’t like to learn more about the mysterious love interests in their favorite books? I love it! T. Cook doesn’t walk through the story of Spinning Silk from Shin’s perspective. Instead, she tells us the story of Shin.  Readers learn about his life with his uncle and his immortal shapeshifting mother. We also learn how Shin became so knowledgeable about herbs and medicine and how he climbed the ranks as a Samurai.

I enjoyed this addition to the Spinning Silk story. T. Cook’s writing is still filled with wonderful imagery capable of taking the reader’s breath away. The story includes some of the same scenes as Spinning Silk, but for the most part, the content is new and helps fans come to a deeper understanding of the turmoil Shin feels in the various missions he performs for everyone but himself.

If you haven’t read Spinning Silk, do, then move right into reading Shin. You won’t regret it!

Shin is a powerful shapeshifter, but he is yet vulnerable, and too many creatures, both mythic and mortal, have a stake in his death. Caught between his samurai uncle’s ambitions for a bloodless war and his shapeshifter mother’s immortal fight for celestial territory, Shin’s uncle gives him up as a tribute warrior for the shogunate military.

In time, Shin wins the army’s loyalty away from the shogun to a cause he can’t be sure of himself, then strikes off on a new mission to recruit an assassin for the revolution. But this assassin is unlike any he has known before. She may kill him in the bargain, but only if all goes well.

SHIN is a second- generation spin on the Japanese Spider Spirits mashed with Tanabata folklore traditions. It joins the ranks of Japanese light novels such as Goblin Slayer, and Overlord.

Purchase your copy of Shin on Amazon.

Read my review of Spinning Silk. 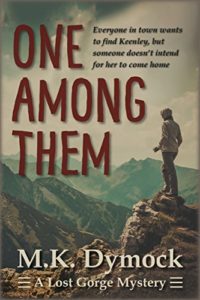 Keenley grew up in the Rocky Mountains. Unpredictable and dangerous as they were, they only brought her comfort…until they didn’t.

An outdoor enthusiast herself, M.K. Dymock hits this writing trail and rides it to the end. Lucky for us, we can follow along in her fictional mystery One Among Them. This novel keeps readers on their toes as they wonder if Keenley’s family will find her before her attacker or the elements of nature take her life.

My Thoughts on One Among Them:

The blurb and subject of One Among Them called to me, and I picked this book up for myself. With just enough knowledge of the Rockies to think I had a clue, I jumped into chapter one. Then I spend several days trying to figure out where in the Rockies the story took place. My small knowledge of the 3,000-mile mountain range confused me. For the record, my limited understanding comes from a very small section of the Wasatch Front, which is located in Utah. Though I understood from the start that most people think of Colorado when considering the Rockies, my mind immediately went to Utah when the author described the western slopes. I also didn’t realize there was a desert in northwestern Colorado, or that the Wasatch Front didn’t butt directly up to the mountains in the neighboring state. So much for those geography lessons! Once I humbled myself and asked people to help me locate the area I was reading about, a whole new world (enter Disney music here) opened up to me.

One Among Them starts with action and keeps it going while allowing the reader to connect with the characters. I loved the way the author helped me to connect, not only to Keenley but also to her parents and others involved in the search. Throughout the story, I wondered who on earth the attacker was. As I got closer to the end and things were wrapping up, I thought I had it all figured out—nope. The swing and a miss didn’t hurt too much, but it did smart a little. When I finished, I  thought about immediately turning to page one and starting over. Alas, too many other books await reviews. Still, this isn’t a one-time read, not by a long-shot.

Everyone in town wants to find Keenley, but someone doesn’t intend for her to come home.

The town of Lost Gorge, hidden and protected from the world by the Rockies, hides some secrets of its own. When Keenley Dawson never returns home from mountain biking, the town unites to find her. Most everyone assumes she’s lost on the rugged trails or hurt.

She is lost and hurt, but it was no accident.

After being attacked and abducted, Keenley escapes into the wilderness. She knows how to survive the wilds, but what she doesn’t know is how to live when she’s being hunted.

Purchase your copy of One Among Them on Amazon