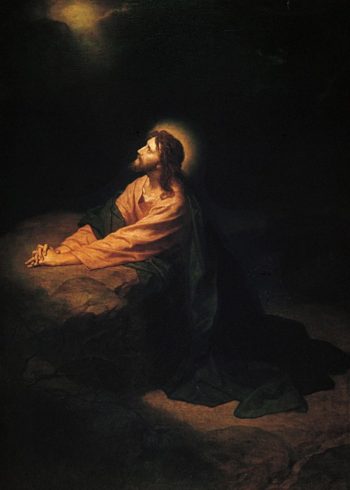 The flowing, deep green grass carpeted the landscape in front of the church, and the white steeple hadn’t changed since last week. Birds still sang, and fragrant purple flowers drooped from the top of the Mountain Texas Laurel planted near the doors. Meagan breathed deeply, hoping the sweet grape-scented aroma would find its way through the car’s vents and into her lungs to help her racing heart slow. It ’t.

She watched as Palo Verde blossoms floated on the gentle breeze and rained down on young girls, wearing full skirts with ribbons at their waists, as they . Meagan wore bright white hats for such days when she was a child. Now she donned a simple dress she’d purchased several months previously. Comfort played a considerably larger role in her life than it had then.

As the digital clock on her dash flickered to 8:58, Meagan pushed her door open and laboriously climbed out of her car. Another beautiful Easter morning. But enjoying Easter had been difficult for many years. That was the day Pastor Seth focused on forgiveness of sin, and her—their responsibility to also show mercy.

Some things were just too hard to excuse. Why imperfect beings had to forgive made sense, but she didn’t want to listen to it again. Not this year, or the year before, or three years before that. Yet, each year, Meagan lumbered out of bed, got dressed, and drove to the church. Several families appeared only for Easter services. Not her. She attended every week, and couldn’t bring herself to skip the one Sunday a year she wanted to.

She shook her head as she reached for the door handle and stepped inside.
It wasn’t as if she’d suffered abuse or lost everything at the hands of someone else. No one had destroyed her reputation. But she still struggled.
Peeking into the chapel, she eased into the back corner where escape was more manageable. A few stragglers stepped into the room behind her, and she studied her hands as the passersby waved at others in the congregation. The prelude swelled then slowed to a final chord as Pastor Seth stood. Meagan exhaled and lifted her head.

“What a glorious Easter! Brothers and sisters, today we come to worship Jesus Christ and his resurrection. On such a day, communion becomes that much more important, but before we partake of that sacrament, I want to share a poem I recently discovered by Joseph L. Townsend.”

Rev’rently and meekly now,
Let thy head most humbly bow.
Think of me, thou ransomed one;
Think what I for thee have done.
With my blood that dripped like rain,
Sweat in agony of pain,
With my body on the tree
I have ransomed even thee.

As the pastor’s calming voice intoned the poem, Meagan willed the words to flow over her. Jesus had suffered, n only on the cross, but during his entire ministry. All kinds of people followed him, but only a few listened. Many followed to deride him and spew hate. Thoughts of the five thousand swirled in her mind. The crowds gathered, trailing him after he learned of John the Baptist’s death. But instead of sending them away, he turned to them, healing their sick and afflicted, then feeding them. His prayers to the Father waited until he’d finally found himself alone.

What would the disciples have heard if they’d been able to stay awake as he prayed in Gethsemane? Luke said he’d suffered in agony, an angel strengthening him. And the sweat—physical agony racked his body then, too, not just mental strife.

Bid thine heart all strife to cease;
With thy brethren be at peace.
Oh, forgive as thou wouldst be
E’en forgiven now by me.
In the solemn faith of prayer

Her head shot up at the mention of forgiveness. Was this Pastor Seth’s ploy? Again. What did it matter if she forgave? The women who had destroyed her daughter’s self-esteem, who snickered as she walked by, who taught their children to despise hers, they weren’t around anymore. Each of them had moved away. Her daughter’s broken heart elicited no effect on their lives. alone, endured the all-encompassing sting they’d inflicted. Meagan’s skin crawled every time she thought about it. Emma spread only joy, but even her smile buckled when the girls pointed at her wide eyes and large lips and laughed. In time, Meagan stopped bringing her to church—the one place she should have felt safe.

Still, the words hung in her mind. Forgive as thou wouldst be forgiven now by me. What effect did her sins have on Christ?

Yet, he suffered. He chose to suffer for the sake of her salvation. The decision to forgive her came from him as he strove to do the Father’s will. Only he could do it, and he could have walked away. But he didn’t. He forgave her. He forgave everyone willing to follow him.

At the throne I intercede;
For thee ever do I plead.
I have loved thee as thy friend,
With a love that cannot end.
Be obedient, I implore,
Prayerful, watchful evermore,
And be constant unto me,
That thy Savior I may be.

Tears rolled down Meagan’s cheeks. How had she never considered the sliver of similarity between forgiving these women and the Savior’s forgiveness of her? He forgave her with no other reason than her happiness.

Tormented thoughts returned. Her forgiveness of those mothers, who called Emma names and encouraged their children to do the same, had no bearing on anyone.

She dropped her head.

“Today I want to focus on the second stanza. Bid thy heart all strife to cease, with thy brethren be at peace.” Pastor Seth drummed his fingers on the podium. “What does that have to do with Christ’s sacrifice?”

Silence pervaded the room. Children quieted, perhaps with help from their parents.

“All strife to cease…be at peace. Was the sacrifice only for our sins? I don’t believe so. In the third stanza, he called us his friends. What would you do for your friend? For your children?”

She’d done all she could. Called the mothers, written letters, begged the late Pastor Greg for help. Nothing worked. Miracle described her continued church attendance. If they had taunted her, she might have laughed with them, but Emma?

Pastor Seth’s glance passed by Meagan and the strength of his words filled her whole being.

“Forgive as thou wouldst be forgiven now by me. These are words following statements of peace. I ask you, brothers and sisters, one thing: Do you feel peace after forgiving your offender?”

Meagan rose to her feet and wandered toward the door as the congregation finished singing There is a Green Hill Far Away.

Oh, dearly, dearly has he loved!
And we must love him too,
And trust in his redeeming blood,
And try his works to do.

Could she trust in his redeeming blood? Was that the missing piece to forgiving those women? She’d held onto the grief and pain for her daughter for so long. What if she allowed Christ to heal her? Could she forgive then? She’d never experienced a more hurtful situation. Most of the time forgiveness came easily because everyone made mistakes and usually the offense wasn’t intended. Those women had acted purposefully. But did they care?

Her daughter’s precious, little soul cried for weeks, months. And understanding wasn’t something she possessed. Sure, she’d forgotten and moved on, but Meagan hadn’t. Her heart pounded wildly in her chest each time a memory of sitting on Emma’s bed and holding her after such attacks appeared. The acidic misery she’d uncovered within herself when Emma announced the new nickname the children had given her still ran through her blood in roiling waves.

Maybe it didn’t matter if anyone else cared. Didn’t forgiveness mean setting aside the anger? If she gave up the anger, would the pain and anguish dissipate, too? The thoughts stayed with her as she drove home where Emma greeted her with a giant smile.

Emma held out a picture, two people hugging each other.
“That’s Jesus. He loves me.”

Meagan wrapped her arms around her daughter, now an adult. “Thank you for sharing your picture with me, Emma.”

The next week, Meagan jumped from the car, her feet leaving trails in the tiny yellow flowers still falling from the trees as she rounded the car and clasped Emma’s hand.

“I can make friends?”

“You can make lots of friends.”

Meagan stared at the steeple, bright and white, pure, like Jesus. Her heart had started to mend. The process continued, but she’d let go of some of the rage caused by Emma’s attackers. Now she watched, as her daughter walked through the same doors she had once before. No tears, no worry, just a big smile at the thought of making new friends. And she would, Meagan knew it.