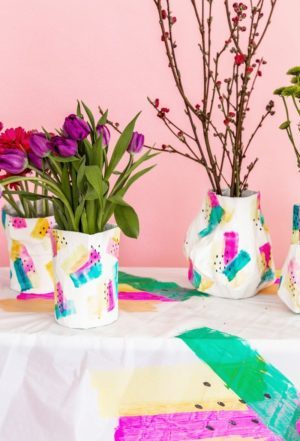 Papers slid into a folder before Allie secured them in her bag. The assignment she’d given her students always took forever to finish grading, but she loved reading the stories of their mothers. At home, she’d make a few comments on each story; the kids liked that. The rest of the week, they’d work on the handmade gifts. This year, she’d chosen paper flowers in paper mache vases. Each story would be copied to a small scroll and hung with ribbon on a painted vase.

She stepped through the classroom door to the outdoor walkways they called halls. The emptiness of the school, eerie to some, always brought her comfort. Laughter and smiles filled the halls during the day. Designed with outdoor entrances, sunshine brightened each room, and nothing darkened the paths she walked now, not with the echoes of life lingering so close.

Pushing a graying hair behind her ear, she studied the ground. Home was different.

Within a few minutes of leaving work, she opened the door to her small house and slipped off her shoes. Tension relaxed in her shoulders as her toes wiggled from their pinched positions. Quickly piling a few cookies on a plate and pouring a glass of milk, Allie settled down on the couch with the thirty stories.

Erik’s story fit him perfectly. A day spent racing dirt bikes through the sand. Every time his mom wobbled on her bike, he zoomed over and helped steady her. Allie smiled and attached a dirt bike sticker to the top. She’d spent days searching for those stickers after realizing how much he loved dirt bikes. Encouraging him to learn with dirt-bike word problems had made a difference too. Once behind, his work in every subject now showed promise others said he’d never achieve.

A few minutes later, she swallowed some milk, barely containing a snorting giggle. In class, Allie had explained that some children didn’t live with their mothers. Some lived with grandmothers, aunts, foster moms, or their dads. Shelly was one of those kids. After losing his wife, Shelly’s dad continued to raise her alone. Shelly’s story included a lavish tea party where her dad dressed up in a skirt and boa. She took special care to roll curlers in his hair and call him Mrs. Smootsworth.

As she continued to read, her emotions flooded through her as she thought of each student. People tended to think a room full of kids meant someone getting left behind, but not in her classroom. At least, she hoped not! With no children of her own, she had to dote on someone.

Sometimes the process left a hole in her heart. Parents sent teacher-appreciation gifts, and students drew her pictures and left her notes. But none of that was the same as being a mother. Not this week. This week she prepared all of her students to recognize their own mothers. And they should. After all, Mother’s Day was Sunday. Still, she had never gathered her own baby in her arms in the middle of the night for a feeding. And when she visited the park, no child ran to her crying because they fell. No one called her mama, mommy, or mom. It stung.

Standing to carry her plate and glass back to the kitchen, she stopped when a soft knock sounded at the door. Who could that be?

On her tiptoes, she peeked through the peephole, glad she’d remembered to turn on the porch light. Wendy?

Tears fell from Wendy’s swollen eyes as she carried a young baby in a carrier through the open door. “Aunt Allie…”

The flustered mother fell into her arms, sobbing as she tried to speak. Only incoherent mumbles reached Allie’s ears, and she wrapped her arms around her niece as she walked her to the couch.

Wendy and Allie had a special bond. One they’d developed when Allie opened her home to her sister, Ruth, years ago. For three years, they’d lived in the same house. During those years, Allie often played with Wendy and her brother after work. Though she never disciplined the children outside of her authority as homeowner, she did have fond memories of late-night conversations and lots of ice cream bars.

“You take that cute little boy out of that seat and curl up on the couch. I’ll get the ice cream bars, ” Allie said.

The corners of Wendy’s mouth rounded up slightly with a grateful sigh.

“Don’t leave me waiting. What brought you to my porch this late at night,” Allie asked. “I thought you were coming Saturday morning.”

“I was. I am,” Wendy stuttered, then bowed her head. “Matt’s out of town on business and…”

Tears filled her eyes again as she accepted the ice cream bar from Allie.

Wendy’s chin quivered as she struggled to blink back the tears, staring at the baby. Adam. “He just cries.”

“He will.” She twisted her fingers around each other in a continuous movement. “I haven’t slept in days, not really, and I can’t do it alone anymore. Can we stay here tonight?”

Allie reached for Adam, whose little body pulled into a tight ball before letting out a wailing scream. Wendy’s eyes glazed over, but Allie never slowed, easing her hands under his head and pulling him close.

“Grab yourself some cotton to plug your ears, then get yourself to bed,” Allie said.

Wendy stared at Allie, who shooed her away as she bounced Adam in her arms.

Allie stared at her great-nephew. “Your mama needs to sleep. What have you been doing keeping her up all night?”

He continued crying, and she swaddled him in a blanket, binding his arms and legs.

“I know, life if hard. God plops us here on Earth and everything’s different. Bright then dark. Bodies that hurt. And you’re so little, you don’t understand any of it, do you? Well, you just sit here with me, and we’ll figure it out together.”

A couple of hours later, Allie slid between the sheets she’d laid out on the couch, a sleeping Adam next to her in his carrier. Any crying from a hallway or bedroom promised to wake up Wendy, and Allie would not have that.

The next morning, she scrambled some eggs and fed Adam a bottle before knocking lightly on Wendy’s door. Her groggy niece opened the door, looking better rested.

“I see you got some sleep. Eggs are on the stove, and Adam’s been fed. You can stay as long as you’d like, but I think your mom might like a visit.”

Wendy pulled a face, her nose crinkling. “Yeah. I wasn’t ready to listen to her nagging.”

“About you. About Matt and Adam. She’d have done the same thing I did last night.” Her voice softened as she smiled. “I’m glad you came here, though.”

Wendy’s shoulders lowered, the tension leaving. “Me too.”

When Allie returned that evening, Wendy was gone. She ambled through the lonely house to the kitchen and ate a cookie, then cracked open a book. It had been a while since she’d had time to read, and she planned to enjoy it, especially after the day in the classroom.

Billy’s vase broke into a crumpling paper mache heap, similar to his sad, crumpled face. Jane called for her to examine her work’s progress every few minutes, reveling in the praise. On top of that were the usual behaviors, an unintentional pencil stabbing, a couple of scraped knees, and three gabbing girls.

Saturday passed quicker than Allie had hoped, and once again, she woke up to Mother’s Day. After dressing for church, she walked into the building and sat in her chair where she smiled at the people walking past. Some mothers wore corsages, others boasted about breakfast in bed, while more whispered scathingly about how their family never did anything for them.

No one knew how much she wanted children. They didn’t understand that her dreams of a family had never been realized. How could they?

The sermon revolved around motherhood. A godly purpose. At the end of the service, children handed out small potted plants to all of the women. Each bloom emphasized the idea that every woman was a mother in her own right. Even if she had no children, she helped raise others.

At home, Allie placed the plant on the mantle and snuggled onto the couch with her book. Sentences floated through her mind as she read the words, but Mother’s Day had stolen her focus. Was there something wrong with her? No chance of marriage. No children. Is that what God thought of her, that she wasn’t good enough? That she wasn’t worthy of such love? The thoughts stung, and the burning in her eyes increased. Why not her? Had she not given enough? What had she done wrong?

A knock at the door brought her head up. She turned the knob and found Wendy holding a bouquet of flowers. “Happy Mother’s Day!”

“Have you had a good day?” Allie asked.

“Matt got home last night and made me pancakes this morning. It’s been nice.” She studied her aunt’s face. “How about you?”

“Normal, I guess. I get all the gifts and appreciation, but none of the children. Win-win, right?”

Wendy ignored the comment and scanned the kitchen cabinets for a vase. Once the ends of the flowers were trimmed and the flowers brightened the table, she pulled Allie to the couch.

“Have you never paid attention to all the children you have?”

Allie rolled her eyes. “Students are not the same thing.”

“Maybe not, but you helped raise me. How old was I when we lived with you?”

“As I recall, you made me lunch, took me to school, hugged me when I struggled, and listened when I needed to talk. That’s a mother. When I think about raising my children, you’re as much an example as Mom.”

“What else was I going to do. Ignore you while you lived in my house?”

“Aunt Allie, you did so much more, or I wouldn’t have come here earlier this week. I love Mom, but I needed you and your mothering. Can’t you see that?”

“Maybe God didn’t give you children because he knew how much the rest of us needed you.”

Allie reached over and patted Wendy’s knee. “Never looked at it that way before.”

“Well, I have, because I continue to need you.” She grinned at her aunt.

Allie lifted herself to her feet. “Stay for lunch. I think I’d like to hear more about Adam while we enjoy our much-needed break.”

One thought on “The Mother”