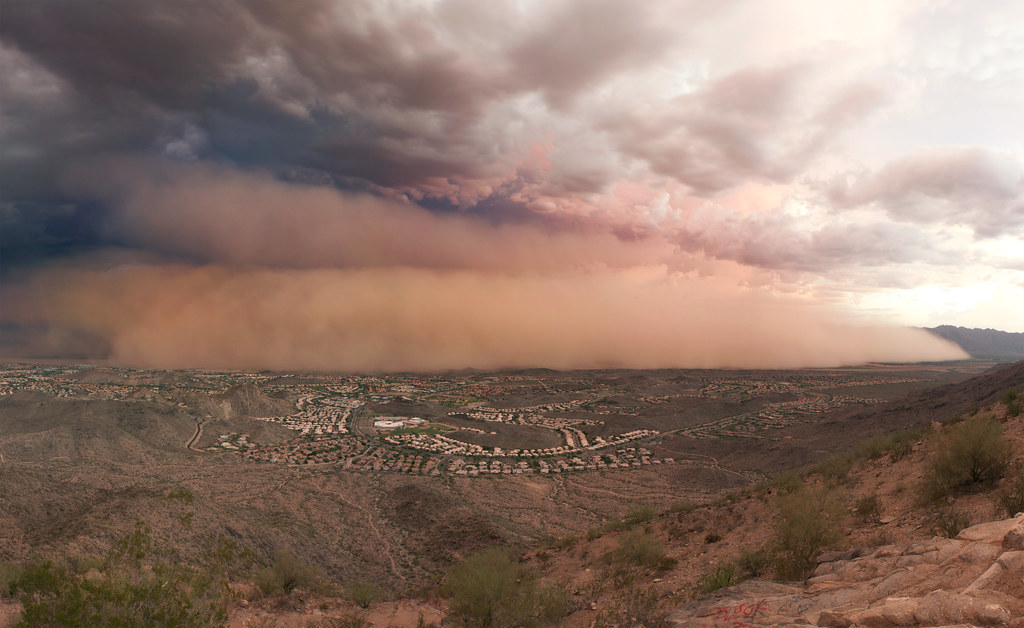 Clouds billowed in the south as Hailey dashed outside, her flip flops twisting under her feet and her arms pumping at her sides. It didn’t take long for summertime dew to form on her brow, but she didn’t slow. The breeze concentrated around her, brushing over her skin and through her ponytail, relieving only the slightest amount of discomfort caused by the heat. She kept running.

Her physical angst had yet to suppress her emotional turmoil. Nothing could. It pummeled her mind harder than the hot, muggy weather exhausted her physique. Heartbeats thudded in her chest as roiling misery swirled within her stomach. How could he do that? Walk away as if she were nothing? Look at her and laugh when the burning sensation in her eyes had relented to tears?

The tops of the trees waved gently just before their trunks bent with fury from the first gust of wind. Hailey watched the tempest roar toward her as she gazed southeast. There, under the glory of the white clouds, was the swirling wall of dust and sand. Her foot slipped off her sandal and onto the hot concrete, but she sped on.

She’d been warned. Not worth it. Scum. Stay away. They’d all said the same thing. Still, Burk’s silky smile and that weirdly exhilarating tingle she got when he stood close enough for his breath to tickle her neck were intoxicating.

The first flurries of sand whipped past her, stinging her eyes almost as much as the tears.

“It’s over.” He made the statement in front of half the school as she stood with books in her arms, waiting for him to walk her to class.

How had she been so stupid as to think he was joking? The soft gleam in his eye morphed into a sardonic luster, yet it hadn’t been enough to tip her off.

“I’m not stopping you.” He draped his arm over Lisa’s shoulders, who smacked her watermelon gum between blinding teeth framed by cherry-red lipstick. “Lisa has algebra.”

Wind lashed at her ponytail as the dust churned in umber sheets that latched onto her, sinking into hidden creases and lining her tear-streaked face. She squinted at the sky. A dim amber shone in the southwest, nearly concealed by the storm. Her arms still pumped as pain rose from her feet into her shins.

The last class of the day had ended, and she’d stared at the empty parking lot, wondering how to get home. Her backpack had fallen from her shoulder as she’d sunk to a bench. Why would Sarah have waited? She’d gone to the chemistry early, angry at Hailey for her servile attitude around Burk.

Sarah narrowed her eyes at Hailey. “You don’t have to do everything he wants.”

“I don’t,” Hailey sputtered. “Besides, he hasn’t asked me to do anything today.”

“So I didn’t see you slip him your algebra homework this morning?”

“With an eraser? Sure.” She turned her back on Hailey but stopped short with her first step. “He’s using you.”

The clouds, so gloriously white before, gathered over the roiling dust and sand. Though Hailey knew they were gray underneath, the dirt spun too thickly around her to see anything but filth. It wasn’t just on the outside, though. It also laced her insides, pouring in with every breath.

She’d let him cheat off her homework, given him answers in the guise of tutoring, prepared research for reports. And it took him breaking up with her to see it. A few silky sentences had taken who she was and twisted her into something she’d sworn she’d never become. She couldn’t recover.

Though her legs tired and her lungs burned, she continued. Rolling thunder soon crashed within the sky as fingers of lightning fought to reach her. Pain seared in her side, yet she pushed on as drops of water struck the pavement, drying seconds later.

The last car in the teacher’s parking lot had turned onto the road before she started home. A note hung on the door when she got there. Went to dinner for Grandma’s birthday, expected you sooner. Leftovers are in the fridge. Grandma’s birthday. Hailey had thrown her backpack against the wall and screamed. It hadn’t helped. Yanking the door open, she’d run.

And she hadn’t stopped.

A flash of lightning lit the sky, followed almost immediately by a crash of thunder. The sky burst open. Rain fell too fast for the dry ground to soak it up. Hailey’s ponytail plastered itself against her neck. Loose strands of hair stuck to her cheeks. Gritty skin softened, and Hailey jumped into the water rushing down the gutter. Water splashed her thighs. She stopped running. As she glanced up, the rain pelted her face and streamed toward her ears. Opening her mouth, tiny droplets caressed her dry tongue and throat. Arms wide, she spun in a circle.

So she’d been stupid—had fallen for a guy because he sent tingles down her spine? She wasn’t the first. Probably wouldn’t be the last. It hurt, but she could climb beyond the storm, start anew, blossom in a different way. But first…

She spun one last time and looked up the block. The house hadn’t changed. That was a good sign, right? After knocking, she waited.

“What?” Sarah had opened the door a crack and peeked through. “You’re soaked.”

“Yeah…” Hailey scratched the ground with her foot. “Burk broke up with me.”

Hailey crinkled her nose. “You were right.” She startled as a crash of thunder ripped through the sky and the rain tempered. “I screwed up.”

“I’m not going to fall for that kind of thing again. I shouldn’t have in the first place.”

The corner of Sarah’s mouth raised, and she swung the door wider. “Well, he is pretty cute.”

Hailey held her T-shirt out and glanced at it. “Nah. I’m good in these. See you tomorrow, okay?”

The door shut behind Hailey as she shuffled down the driveway. Sore muscles and exhaustion brought a smile to her face as she gazed at the street. A few fallen tree limbs blocked the sidewalk, and sand blanketed the road where water had run toward the retention basin. Lifting her eyes, she gazed at the sky. The last of the sunlight set behind the hills in the west, leaving red, pink, and orange painted across the remaining wispy clouds. Listening, she heard lizards rustling under the bushes. She reveled in the fragrance of creosote and mesquite as it wafted through the fresh air of the renewed desert, cleansed by the churning monsoon.